Dr. Marc Fondino here with Davidson Chiropractic, hope you’re doing well. Today, I wanted to talk about cardiorespiratory fitness. And actually, I was surfing online and I saw a newsfeed come up. CNN had written an article called, “Association of cardiorespiratory fitness with long-term mortality or death among adults who underwent exercise treadmill testing.” […]
And so I looked up the article, it was in JAMA, and this is kind of the general gist. They grouped 122,000 different patients. These patients were getting exercise-induced treadmill tasks for various reasons. Number one, they might have had hypertension. They might have been diagnosed with coronary artery disease. They might have had end-stage renal failure or renal disease. They could have had hypercholesterolemia or high cholesterol ride, high…excuse me, high lipid levels. They possibly could have been “obese”. They looked at over 122,000 patients, 59% of them were male. So that made over about 72,000 patients. Also, there were smokers involved in that group, cancer, people that had cancer that also had suffered stroke. They did this testing from 1991, all the way to 2014, and they followed up over a period of eight years. So if we started in 1991, obviously, there was plenty of time to follow up with them. So this was a pretty large scale test with 122,000 patients.They also placed people in different groups. There was a lower 25th percentile of fitness, so to speak. There was an average fitness level from about 26% to 49%. There was above average from about 50% to 74%. There was high, above average from about 75% to 96%. And then anything all above 96%, if you scored in this bell-shaped curve were considered “elite performers”. What they found was during the course of the 20 some odd years, is that the age of the population that were being seen, which was about 59 years, they all had similar conditions, the hypertension, the smokers, the post-stroke patients, the coronary artery disease patients. So that didn’t change over the 20 some odd years of looking at these patients. But what DID change is they saw increased medication usage for these heart-related conditions such as high cholesterol levels, hypertensive, coronary artery disease patients.

Over the period, these people were getting more and more medication. So they saw more people on either higher dosages or various cocktails of medication. I thought that was interesting. After the follow-up period of eight-and-a-half-years or 8.4 years, they found there was 13,637 deaths during that follow-up period. So what can we gather from this? What kind of helpful useful information can we take away to help reduce our all-cause mortality due to this chronic conditions that develop but basically not taking good care of ourselves? Number one, the greatest performers were the people who did the best on this exercise treadmill testing. They were the ones that didn’t have a lot of these comorbidities.

The ones that didn’t have coronary artery disease, those that didn’t have past strokes, or cancer, or diabetes, or obesity, were your higher level performers. Though, there’s one exception. 31% of all elite performers had high cholesterol levels, is what I’m trying to say. Number two, there was no plateau effect, meaning, we used to think, with exercise, that you’d reach a point where you could exert effort and, eventually, that effort that you exerted will not lead to any improved benefit from that exertion of exercise over years. This was, actually, a myth. In this case, that the more you perform, the better your fitness got y AND your rate of all-cause mortality related to some chronic conditions continued to diminish to a good extent.

Also, there was actually what we call a dose response, the more you exercise you did, enough to tax your body where you improve cardiorespiratory performance, you saw a decrease in your likelihood of dying from these chronic conditions. Now, there was one exception. Well, actually, if you’re older than 70 years old and you had hypertension, it made sense for you to become an elite performer. You’re going to have a lot less likely chance of dying from a chronic condition if you were an elite performer. For all of the patients, being a high performer was sufficient enough. There was no real difference if you’re under 70 years old and you didn’t have hypertension, to go from being a high performer to an elite performer. We didn’t see really a drastic reduction in the likelihood of you dying from a chronic degenerative condition like obesity, coronary artery disease, and things of that nature.

So when we look at elite performers, they had actually an 80% reduced chance of dying from all-cause mortality. Now, if you are a low performer, that was a more diagnostic clinical risk factor than actually being diagnosed with coronary artery disease, a smoker or a diabetic.

If we test patients cardiorespiratory fitness, we can get a better indicator if your chances are higher for all-cause mortality than actually just looking at if you’re a smoker, or if you’re a diabetic. That doesn’t mean we want you to be a smoker, or a diabetic but this, actually, was the same or greater predictor of all-cause mortality. And that brings us to the point, like, I’ll screen patients at my office, “Do you work out?” Patients will say, “Yeah, I exercise five days a week.” But that just gives me a good idea if they’re moving. But does that mean they have a high level of cardiorespiratory fitness? I’m all for walking and being aerobic, and improving oxygen levels. That’s gonna be good for general, maybe, weight loss, weight management, aerobic activity. But if we don’t give you or if you don’t provide enough stimulus to actually improve your cardio, your heart, and your lung capacity, you’re probably not going to gain the same benefit. Say we do a three-minute step test, and after you do the three-minute step test, we test your heart rate and it doesn’t come down to a certain range and we say, “Oh, you know, you might be in the below level, below average level or the low, low end of norm.” That’s a good predictor if your chances are higher of having all-cause mortality. So it would behoove you to tax your body a little harder, bring up your heart rate, get a little uncomfortable, providing that your doctor, your primary care provider or your cardiologist has cleared you for physical activity.

We also see there’s no danger if you’ve been cleared by your cardiologist or your primary care doctor to exercise. It’s actually detrimental if you don’t. And it’s okay to be a little uncomfortable. And as you build and make yourself more uncomfortable, you’ll be able to do more. So when we get these guidelines or these graphs to determine where a patient should fall based on age and gender, the elite performers had an increase capacity of the heart and lungs greater than 55% than we thought they would do. So they were training well and training smart, and improving their cardiovascular function.

One last thing is, just don’t be afraid of pushing your aerobic capacity. If I’m dealing with patients with low back pain, neck pain, or headaches, but I know this patient can get good blood flow, good oxygen to their spinal muscles and tissues, they’re gonna heal at a much faster rate than somebody who has poor cardiorespiratory fitness such as somebody who’s a smoker that has coronary artery disease and/or hypertension.

Moral of the story: It would behoove you to get moving, improve your cardiorespiratory performance, not only for improving spinal pain and dysfunction and getting out of pain, but also to prolong your life from not having that same chance, up to an 80% reduced chance of not having death due to a chronic degenerative condition.Hopefully, this makes some sense. If you have any questions, or would like to learn more about your aerobic capacity, I can do a three-minute step test to anybody that’s interested to see where you fall. We can set up a time, we can talk. Until next time, I hope everybody has a great day and a great week. 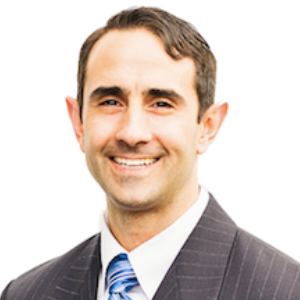 "We Help People Ages 35+ In The Lake Norman Area Get Back To Being Active Without Medications Or Injections, Even If Other Treatments Have Let You Down" 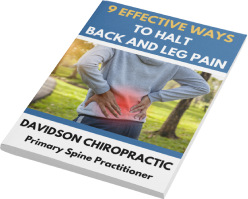 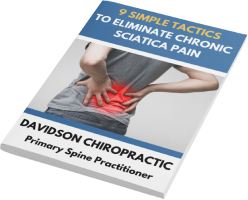 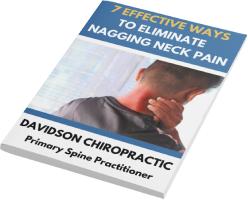 All information on this website is intended for instruction and informational purposes only. The authors are not responsible for any harm or injury that may result. Significant injury risk is possible if you do not follow due diligence and seek suitable professional advice about your injury. No guarantees of specific results are expressly made or implied on this website.